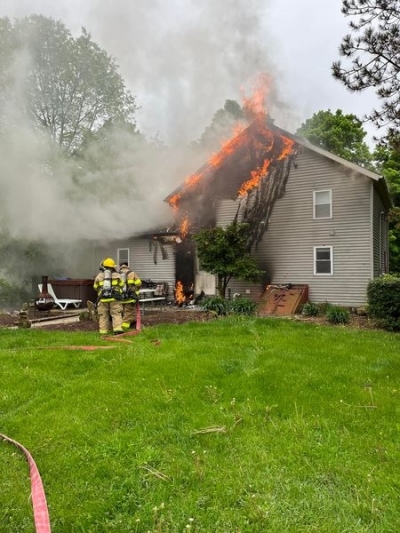 No one was injured after a roof collapsed Monday at Hambden Health & Fitness Center in Hambden Township.The roof collapsed around 6 a.m. from the weight of snow combined with rain Sunday night, Ha...
➜
Northeast Ohio girl collects crayons for hospital (Newsnet5.com)
A Northeast Ohio girl is getting a lot of attention for shining a light on a problem at a local hospital. It started off as a simple wish. But has now grown into a full-blown campaign. Ella Rose Tyron...
➜
News
Hambden Firefighters respond to Industrial Fire in Painesville (News-Herald)

A late-night fire caused significant damage at an Avery Dennison plant in Painesville on Oct. 19.

Painesville city firefighters responded to the 60,000-square-foot building on Chester Street at 11:28 p.m. for a reported fire. When crews arrived, they found the fire had extended to the roof, said Painesville City Fire Chief Mark Mlachak.

The plant was evacuated, but one employee was taken to TriPoint Medical Center in Concord Township for possible smoke inhalation. The injury is not believed to be life threatening, Mlachak said.

While the specific cause of the fire remains under investigation, the chief said that paper in a machine appears to have ignited, and the fire then extended through the machine up to the roof.

No hazardous chemicals were involved in the fire. As Mlachak explained, at the plant glue is applied to paper.

A monetary damage estimate was not yet available on the morning of Oct. 20. Extensive damage was done to the roof, but it should be able to be repaired, Mlachak said.

The plant is set back from any public roads, so traffic was not affected during the fire. Crews cleared the scene at about 2:30 a.m. 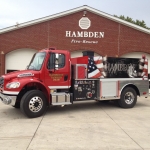 This site has been viewed 398,370 times.
Calls
News
Events
Pictures
Apparatus
Maintained by the members and staff of Hambden Fire Department. Designated trademarks and brands are the property of their respective owners. Copyright © 2006-2022. YourFirstDue Inc. All Rights Reserved. Content on this web site is supplied by Hambden Fire Department. YourFirstDue Inc. cannot be held responsible or liable for any content, text, pictures, or any other media found on this web site.
Management login
Powered by